Help with temperature and retraction calibration

I have a Microcenter Powerspec i3 plus running the ADVi3++ firmware. I’ve done some modifications to it; have a glass bed (using hair spray), z-brace, bltouch, diicooler, and have run through the extruder calibration process. For this test, I’m using Inland White PLA and printing from an sd card. I’m using Simplify 3D for my slicer and have adjusted the temperatures of the layers in the temperature process settings in S3D. I also verified on the touch screen of the printer that the temperatures were actually printing properly through the making of the tower. I also adjusted the extrusion multiplier in the slicer from measuring block walls I recently printed.

In my slicer, I have the following setup. Truth be told, I copied these from somebody else and now trying to tweak it to my setup. The only thing I adjusted was the extrusion multiplier:

Now that I’ve printed the tower, I don’t think it’s bad but I don’t think it’s great either. I’m not exactly sure where to go from here. To me, the tower looks OK all around, except for the hanging filament on the bridge part. If I were to guess, maybe 220 looks the best? But to me, they look all about the same.

The second is a stringing test and I think it looks OK but also think maybe it can be a bit better too. In this particular example, I’m printing at 215*.

Any suggestions on where to go from here would be appreciated. 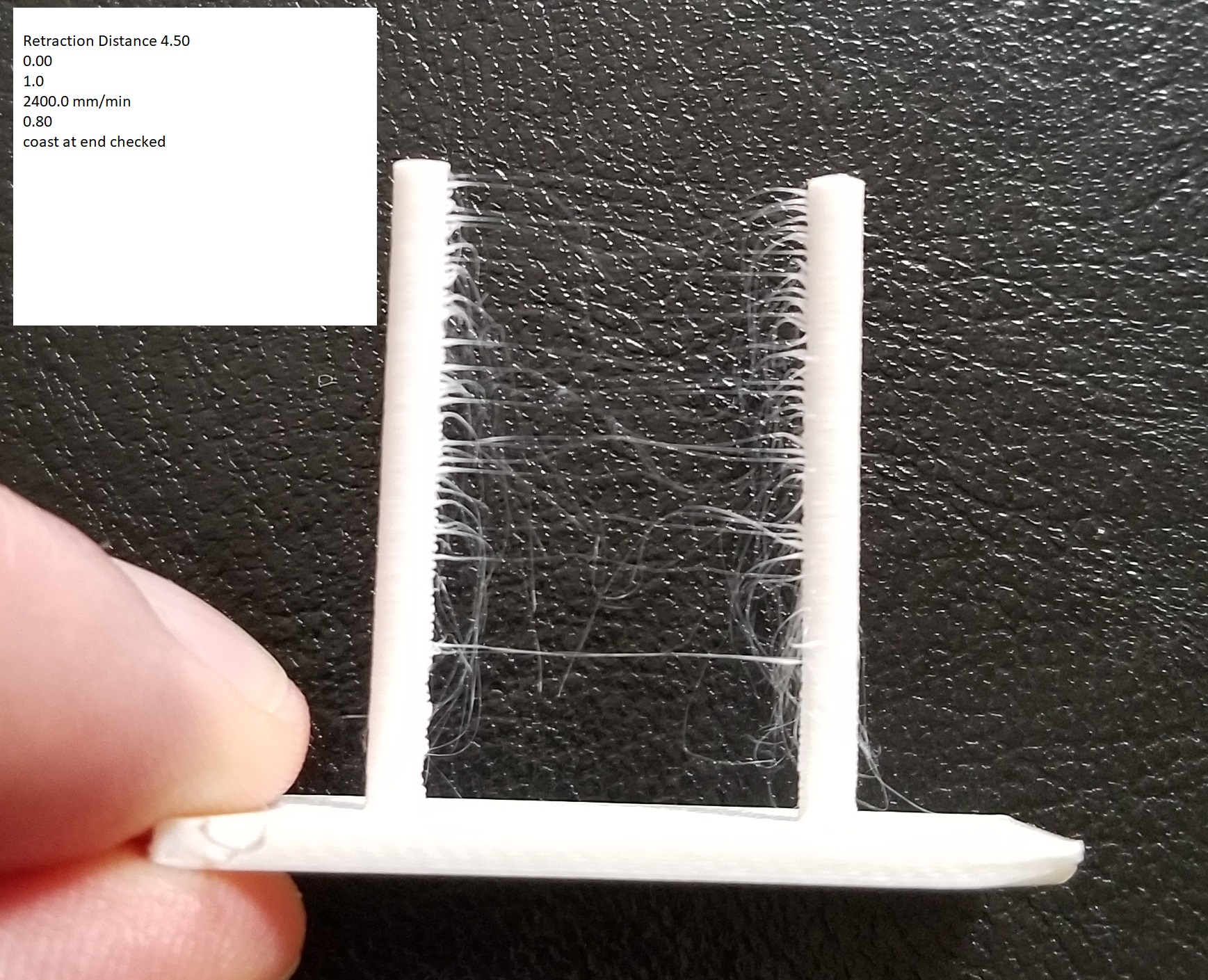 I suggest your nozzle temp is a tad too high.
This can vary from printer to printer and even batch to batch of filament from the same supplier.
I normally will drop 5 degree and test again,
If it’s still stringing like that, drop another 5 degree.

I run a glass bed at 65C and the current batch of filament, a transparent filament at 200C.
The white i was printing back in Feb I was running at 210C and the white back in Nov was at 215.
I also had some bule back then that was 220C.

It is not uncommon to bump up the temp when trying to print fast as well.
Before you start playing with print speeds, start be trialing lower temps like 210C, if that doesn’t fix it, try 205C and so on.
It really is a trial and error process.
With experience, you will get a better idea just from the sound and the quality of the print.
I have been known to change my settings on the fly and correct it in the slicer after the print is finished.

I would say, from your photos, that you are definitely running this filament too hot. When this happens the extruder loses control of the flow of plastic from the nozzle to some extent so that you get all of that extra bridging and stringing as too much runny plastic flows from the nozzle. To compensate, it looks like you have lowered the Extrusion Multiplier and increased the Retraction Distance. I find that most PLA runs well at around 200 and some I have run down to 190, but then again there are quite a few variables involved, including the brand of filament and the accuracy of the temperature measurement and the state of the extruder itself. I suggest you do some small test prints, lowering the temperature by 5 degrees each time with the Extrusion multiplier set closer to 1 and a retraction Distance set closer to 3 (for a standard hotend).

Thank you all for the replies!!! I’m just getting started with tuning it and trying to figure it all out.

The original configuration had the extrusion multiplier set to .99, and I will say the prints ran smooth and fast. Now that I have it cranked down to .78, it seems like the bed jiggles and vibrates all the time.

I’m definitely going to lower the temperature and put the extrusion multiplier back to .99, and set the retraction distance to 3 and see what happens.

You may also try upgrading the part cooling set up if you have not done so already as I found the stock part cooling fan and duct to be pretty mediocre. More efficient part cooling can make a huge difference with stringing as the filament will not ooze as much when cooled. I’ve had good success with the Ciii or Diii coolers although they tend to warp an melt eventually if you print at higher than PLA temps. I’m currently running the OptiCooler and it has been working great, and so far holding up well in higher heat. As a bonus, the cooling manifolds are removable, so makes it easier to replace them if they get damaged, or to work on the hot end. All of these are available at Thingiverse. 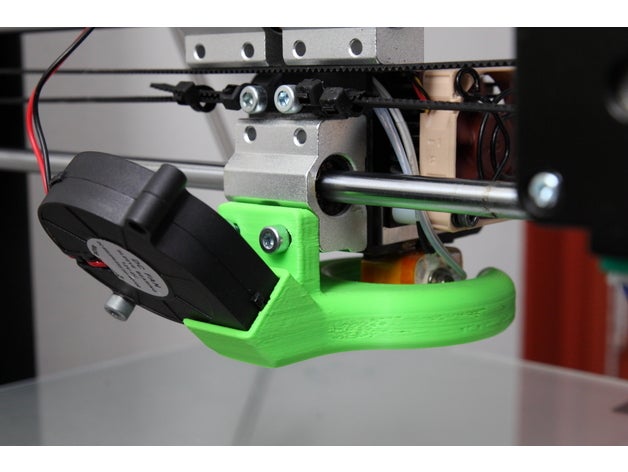 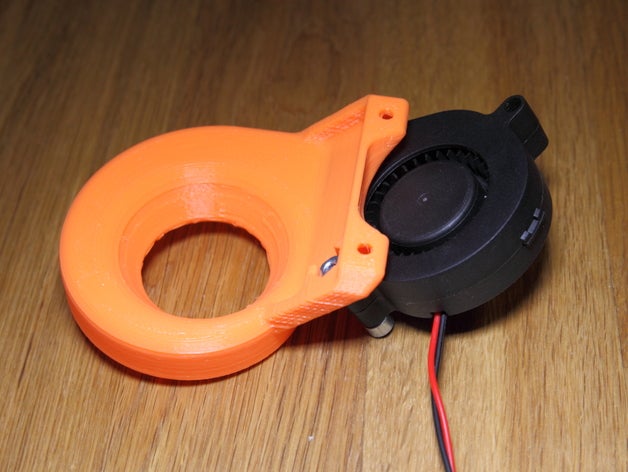 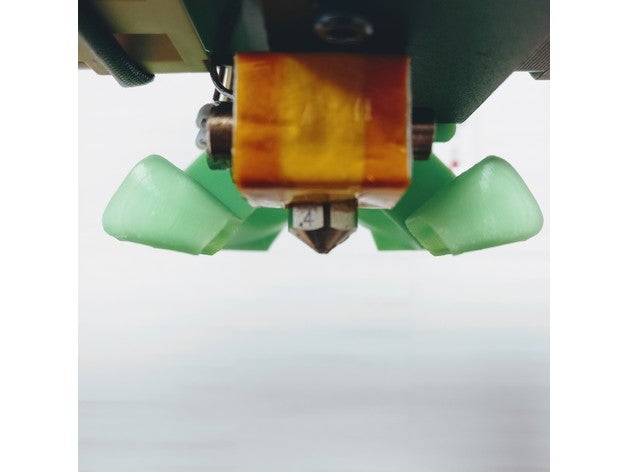 What This is a dual blower cooler that I have worked on for over a year in different variations. It is designed to meet my specific requirements and I believe it turned out to perform really well. Also see my overhang-test:...